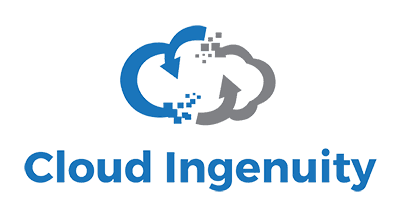 Customers turn to Cloud Ingenuity as we bring Fortune 100 strategy to the masses to drive business transformation.  Our comprehensive services span 5 key tenants: Multi Cloud, Cyber Security, Network Modernization, Collaboration, and Enterprise Visibility.  Our team helps customers determine current challenges, and we partner to build a plan for implementing the "best of breed" solutions needed to achieve successful business outcomes.  Our greatest thrill is when collaboration with our team leads to measured success within a customer's business.  Whether we’ve increased ROI, secured their environment, or improved time to market; our customers find great satisfaction in knowing that Cloud Ingenuity is a partner they can trust.  We created this company with the sole focus of 100% customer satisfaction and driving business outcomes.

Cloud Ingenuity is a solution integrator of technology-based business solutions that span the enterprise, including the data center and lines of business. Built on products and services from the world’s top technology companies, Cloud Ingenuity solutions are installed, configured and supported by our dedicated teams of highly certified experts.  We are in this relationship for the long haul and stay engaged past the purchase order until we drive operationalization and ROI.

With the right people and the right partners, Cloud Ingenuity is able to focus on solutions to help IT cut costs, increase reliability, ease the burden of management, maximize flexibility, mitigate risk and improve service.  We require our teams to be focused so they can help you get from the high-level architecture of a solution all the way down to the technical configuration and implementation of IT solutions and products.

WE ENGAGE AND PARTNER WITH YOU UNTIL BUSINESS VALUE IS DELIVERED!

Transformational global leader with over 25+ years of experience, Suzanne Kosub is recognized for accelerating innovation and growth through partnership with key business stakeholders while building durable and sustainable technology strategies and foundations. She leads multimillion-dollar P&L budgets while planning, directing and executing all phases of a broad range of strategic, operational and technology initiatives.

Prior to joining Cloud Ingenuity, Suzanne was the Chief Technology Officer at AmerisourceBergen, Fortune #10, responsible for Digital Transformation while providing the strategic direction and leadership for enterprise/solution architecture, application/infrastructure development and operations.

As the Founder of Cloud Ingenuity, Stephen created the vision and culture of what is our company today. Stephen is responsible for running all facets of the business as President. Stephen studied the value added reseller space for 20 years, and created Cloud Ingenuity based on the gaps he saw in the market. This has led to our strategy of always putting the customer first, and putting a maniacal focus on positive business outcomes.

Prior to founding Cloud Ingenuity, Stephen Untersee was a Sales Leader for Presidio, responsible for large portfolio customers. At Presidio, he led the transformation into a customer focused culture growing sales 250% year over year. Stephen has a passion for creating customer centric cultures and this led to his success at Presidio. Stephen consistently overachieved and was recognized as one of the Top executives in the company.

Before joining Presidio, Stephen spent time at ePlus and MTM technologies. This is where Stephen developed his passion for the value added reseller space, and where he began to study the industry and formulate the plan for what is now Cloud Ingenuity. Stephen's focus on his relationships and clients has led to life-long customers that he still works with today. Cloud Ingenuity is in good hands with Stephen's leadership!

Charlie Bollom is a Senior Sales Executive who brings 20 years of Technology Sales experience to Cloud Ingenuity. Charlie's success in building high growth sales teams is centered around focusing on Customer Success at the core of his go-to-market strategy. Charlie leads by example and focuses on helping sales professionals achieve the best version of themselves through positive coaching and mentorship. These qualities made Charlie the perfect fit for Cloud Ingenuity.

Before joining Cloud Ingenuity, Charlie has had the opportunity to build go-to-market strategies across a diverse set of industries. Most recently at ExtraHop as Area Vice President rebuilding the Central Area and eventually running the Central and Southeast Areas. Charlie's team achieved consistent growth year after year, and Charlie had a big impact on the company's transition from a networking infrastructure company into a leading network security vendor.

Prior to ExtraHop, Charlie was able to learn the security market with his time running the Southwest at Infoblox. This was a highly valuable experience as Infoblox transitioned from an infrastructure company into a cloud based security provider. Charlie represented North America on an internal committee to rebrand the company focused on a security first go-to-market.  Charlie ran North American Sales at Aternity before Infoblox, and by doubling sales played a major role in the eventual Riverbed acquisition. Before joining Aternity, Charlie served as a Cloud Executive at vmware where he gained a solid understanding of Cloud and Cloud Automation. Charlie developed a cloud go-to-market story for vmware that lead to overachievement of the sales number for the cloud business unit.

Charlie began his IT sales career learning network and application performance at Riverbed (OPNET) as a top sales performer. Charlie then was promoted into running a North American team focused on Application Performance where his team had double digit growth. Charlie later took over running the Central Area which became the #1 area when Riverbed acquired OPNET.

Brian Huber is a senior IT professional with over 20 years of experience in Information Technology. Brian's key focus has been on leading high-impact, outcome driven solution teams. His keen ability to mold IT talent with customer focused needs ensures Cloud Ingenuity delivers solutions at the highest level leading to overachieving customer expectations.

Prior to ABC Brian led a diverse team with Berry Family of Nurseries (BFN). As part of the executive team Brian help take a small regional supplier to an Equity led national organization serving major big box retailers with all their nursery needs resulting in double digit growth year over year. Prior to BFN Brian was a senior leader with Horizon Lines (HRL) encompassing everything from infrastructure to application development to day-to-day operations including P&L accountability. He was instrumental in driving the modernization of the IT operations from a mainframe driven environment to a modern, robust cloud infrastructure. HRL became the leading Jones Act carrier in the US and went from an equity owned company to a public enterprise with well of $1.2B in yearly revenue. He is a graduate of Texas State University with a BBA in Computer Information Systems & Quantitative Methods.